According to the WHO catalog under number E25.0, the adrenogenital syndrome is referred to as “congenital androgenital disorder in connection with enzyme deficiency”. It is caused by disturbances in the synthesis of hormones in the adrenal cortex and leads to an insufficient supply of the body with cortisol .

What is the adrenogenital syndrome?

Adrenogenital syndrome is caused by disturbances in the synthesis of hormones in the adrenal cortex and leads to an insufficient supply of the body with cortisol.

The adrenogenital syndrome is characterized by the fact that the interplay between the adrenal cortex, thyroid and the hypothalamus and pituitary is disturbed. All four are involved in the supply of hormones in the human body.

Mainly the hormones cortisol and aldosterone are affected by the dysfunction. If, for example, there is a lack of aldosterone, this can also be associated with a considerable loss of salt. Another hallmark of adrenogenital syndrome is found in adolescents. In male patients, the genital organs develop earlier than normal and female patients have distinctly masculine features.

Disturbances in the cortisol level cause sleep disorders and severely limit performance throughout the day. This can lead to chronic fatigue syndrome.

Depending on which enzyme is specifically affected, the cause of the adrenogenital syndrome can be classified into five types.

In type 1, the production of StAR protein is impaired. One subspecies shows disturbances in the cholesterol monooxygenase, but has so far only been detected in a single case.

In type 2, the 3beta-hydroxysteroid dehydrogenase is disturbed. Type 3 occurs with a significant frequency and is manifested by a disorder of 21-hydroxylase. Type 4, in which serological changes in 11-beta-hydroxylase can be detected, takes second place in terms of frequency.

The 17alpha-hydroxylase is disturbed in type 5, which is diagnosed quite rarely. Regional differences can also be observed. Type 1 adrenogenital syndrome, for example, is very rare in Europe, while it is found with a significant frequency in South Korea and Japan.

The classic adrenogenital syndrome manifests itself as a prenatal masculinization of the external genitalia in persons of the female sex. In males, the main symptom is salt loss. Depending on whether it is a form with or without loss of salt, it can lead to failure to thrive or shock. In the worst case, the child falls into a coma .

In both sexes, excessive levels of male hormones develop during childhood, which leads to tall stature, acne , premature voice breakage and genital hair, a lack of menstruation and other complaints. Untreated children grow short and often suffer from obesity , metabolic changes and infertility in adulthood .

There is also an increased risk of cardiovascular problems and other complications. Late-onset AGS is usually not associated with prenatal masculinization. However, symptoms such as premature pubic hair and acne can also occur here. Affected people often suffer from tall stature and are mostly sterile.

Furthermore, the adrenogenital syndrome can be recognized on the basis of external malformations or deformities. So, in some cases, the genitals are excessively small or large. In girls, breast growth can be disrupted. Other symptoms depend on the particular form of AGS.

For diagnosis, a so-called blood gas analysis is carried out as the first means after a general anamnesis. The ratio of bases and acids in the blood is checked. A determination of the electrolytes is also carried out to determine how far the salt loss has progressed in the metabolism.

In a second step, blood and urine examinations are carried out in parallel to obtain indications of a disruption in the supply of 17-hydroxy-progesterone. Evidence of changes in the cortisol level can now also be provided by saliva tests, whereby changes can also be found over the course of the day that indicate adrenal fatigue.

The ACTH test is used as a further diagnostic tool. For babies, this test is one of the standard tests in Germany that are carried out immediately after birth. In the unborn child, diagnostics can be carried out by examining the amniotic fluid.

First and foremost, with adrenogenital syndrome, the patient suffers from severe androgenization. This is an enormous problem, especially for women, and can lead to severe self-esteem disorders and inferiority complexes. Often a pseudo-penis also develops.

Those affected suffer from fatigue and insomnia. They are also more affected by infectious diseases and get sick more often. The body grows relatively quickly and strongly. Masculinization leads to bullying and teasing, especially in childhood, which can lead to severe psychological complaints and depression.

Psychological treatment of the child and the parents is often necessary in order to cope with this syndrome. Unfortunately, there is no causal cure for the syndrome, so treatment is only aimed at narrowing down the symptoms. Above all, the missing hormones are replaced in order to counteract the syndrome.

Since the body does not produce the missing hormones at all, the patient usually has to take them for his entire life. There are no further complications. If the disease is diagnosed during pregnancy, the mother can also take medication. Life expectancy is not reduced. The child’s development also usually takes place.

Women with adrenogenital syndrome should seek advice from a human geneticist if they want to have children. This carries out a DNA analysis and helps to assess the risk of disease for the unborn child. If this is increased due to the heterozygosity of the partner, prenatal therapy is carried out. This prevents masculinization in girls.

In boys, the symptoms are less noticeable and usually only when a life-threatening salt loss crisis occurs. If affected children appear unresponsive, vomit frequently or fall into a coma, this is to be classified as an emergency. This requires immediate action. The pediatric endocrinologist provides further care and drug therapy.

Women should see a gynecologist if they have an unfulfilled desire to have children or if they miss menstruation. If you also develop signs of virilization, the right contact person is an internal medicine endocrinologist . If a late-onset AGS is suspected, the doctor will carry out various tests.

Increased sweating, severe acne, and slight weight gain are nothing to worry about on their own. These signs can be a normal consequence of puberty or hormonal imbalance.

Treatment in the sense of eliminating the cause is not possible for the adrenogenital syndrome because it is a congenital genetic defect. Symptomatic treatment is therefore carried out, which consists of replacing the missing hormones.

This must be lifelong, although with regard to the dosage, it should be noted that it must be temporarily increased in stressful situations. In the main, preparations with fludrocortisone and mineral corticoids are used.

These hormone replacement therapies should be started as early as possible. This has led to the development of technologies with which girls can be supplied with corticoids while they are still in the womb.

As a rule, this syndrome leads to a very strong masculinization of the patient. In the further course of the disease, a pseudopenis can develop in women. The body grows relatively quickly and puberty occurs early. In most cases, those affected also suffer from psychological complaints and sometimes from depression. Teasing and bullying can occur in children.

There is also severe tiredness, which is caused by sleep disorders. The patient is also very susceptible to various infections and diseases and often suffers from inflammation . The quality of life of the person affected is severely restricted by the syndrome.

This syndrome is treated with the help of hormone therapy , which usually leads to success. There are no further complications or complaints. The patient can be supplied with the necessary hormones while still in the womb, so that the symptoms are severely limited after birth . The syndrome can be completely limited in the further course of treatment so that there are no further complaints for the patient.

Because a genetic defect has been identified as the cause, prevention in the narrower sense is not possible. But with some measures, the effects can be mitigated. The consistent avoidance of stress is very important here.

Diet can also contribute significantly to relieving the strain on the metabolism . It should be known that some of the WHO’s advice on healthy eating is completely turned on its head.

Of particular interest here is the Logi method of marrying, which was developed by Harvard University. Instead of three meals, you should spread your food intake evenly over the day. In this way, fluctuations in the cortisol balance due to the time of day are balanced out.

As a rule, there are no special measures and options for follow-up care available to the patient with this syndrome. The person concerned is primarily dependent on early detection and diagnosis of these complaints in order to prevent further complaints or complications. Self-healing cannot occur, so that early detection is the main focus of this disease.

If the person concerned wishes to have children, genetic counseling can also be carried out in order to prevent the syndrome from being passed on to the descendants. Since this is a hereditary disease, neither a complete nor a causal treatment can be carried out. This syndrome may also reduce the life expectancy of the person affected.

The treatment itself usually takes place through the administration of medication. The person affected should ensure the correct dosage and regular intake. If you have any questions or are unclear, you should always consult a doctor first. Further follow-up measures are neither necessary nor possible. In the case of children, the parents, in particular, must ensure that the medication is taken correctly.

People suffering from adrenogenital syndrome must receive medical treatment for life. An active lifestyle and an adapted diet are recommended in everyday life. The doctor will recommend a balanced diet with sufficient vitamins and minerals. In addition, the patient must drink enough fluids to minimize the risk of a medical emergency.

AGS patients must also have an emergency ID with them. In the event of a medical emergency, the first aiders can immediately call the ambulance service and provide first aid . The emergency ID must be carried with you even after the drug treatment has been completed. Since the medication with AGS often has to be continued for a lifetime, attention should be paid to any side effects and interactions. Especially in the first weeks and months after starting treatment, it is important to identify complications and adjust the medication.

After a few months, the medication should be optimally tailored to the symptoms, which minimizes hormonal complaints and reduces the risk of a medical emergency. However, should unusual symptoms occur, it is best to contact the medical emergency service or an emergency doctor immediately . 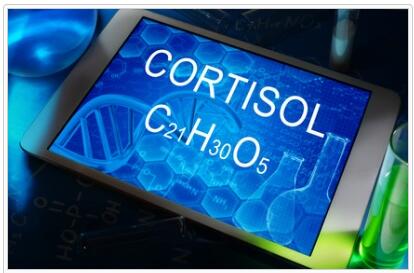