As arginine succinic’s disease , a metabolic disease is called, which is already innate. It is caused by a defect in the enzyme argininosuccinate lyase.

What is Arginine Succinic Acid Disease?

The first symptoms of arginine succinic acid disease usually appear immediately after the child is born, but they can also appear later during childhood.

Arginine succinic acid disease ( argininosuccinaturia ) is a congenital urea cycle defect . Urea, an organic compound, is produced in the liver. Urea is of considerable importance for numerous biological processes.

This includes, for example, the protein metabolism. In addition, nitrogen, which is absorbed with dietary protein, is excreted as urea through the urine. The formation of urea is called the urea cycle . Several enzymes play a part in it.

How pronounced the symptoms of arginine succinic acid disease are depends on how much the ammonia increases in the blood. Ammonia is a chemical compound of hydrogen and nitrogen. A poisonous effect occurs in higher concentrations.

However, if there is a genetic defect , the urea cycle can no longer run smoothly. This in turn leads to the accumulation of argininosuccinate, citrulline and ammonium in the blood. Arginine succinic acid disease is one of the rare hereditary diseases . It is inherited as an autosomal recessive trait. In the United States and Europe, approximately 1 in 215,000 newborn children becomes ill.

The first symptoms of arginine succinic acid disease usually appear immediately after the child is born, but they can also appear later during childhood. In medicine, a distinction is made between three forms of the hereditary disease. These are the early newborn form, the acute form and the chronic form that sets in late.

In the early form, the ammonia increases within the blood in the first days of life. The affected infants suffer from poor drinking , tremors , muscle weakness , slow reactions, frequent vomiting , lethargy and seizures . The doctors then also speak of a hyperammonemic episode.

If the newborn form is not treated in time, the sick infant is threatened with a coma, which can often be fatal. The child’s acute form can begin as early as infancy. This also leads to seizures and vomiting. Other symptoms include dry and flaky skin , involuntary movements, and loss of consciousness .

Likewise, one is enlargement of the liver possible. Without effective therapy, there is a risk of mental or physical disability. The late form, which takes a chronic course, occurs in young children. A delayed development is initially in the foreground.

In the further course there is a risk of slowed reactions, tremors and seizures. Some children also suffer from headaches or infections such as runny nose and cough . A typical feature is also the formation of brittle and shaggy hair, which is known as trichorrhexis nodosa.

A hyperammonemic episode can also show itself in the late form through excessive protein intake or flu-like infections . If the chronic form remains undetected due to a mild course, there is a risk of long-term consequences. These include, among other things. Liver diseases such as cirrhosis and high blood pressure or cognitive impairments such as ADHD or learning disabilities.

Arginine succinic acid disease can be identified by its typical characteristics. This is how arginine succinic acid increases in the blood. In addition, there are changes in the concentration of protein components such as arginine, ornithine and citrulline, which can be proven by a special laboratory test.

The prognosis for the newborn form is considered unfavorable. On the other hand, it is better in the case of mild disease processes, provided that consistent therapy is carried out. In addition, there must be no metabolic derailments. Furthermore, a special diet is necessary to counteract intellectual disabilities .

In most cases, arginine succinic acid disease is diagnosed in the hospital immediately after the child is born. However, in some cases it can appear some time after the birth, so that a visit to a doctor is necessary for diagnosis. This should especially be sought out if vomiting and muscle weakness occur. Most patients also suffer from severe tremors.

If the symptoms occur, a doctor should be consulted. Loss of consciousness or involuntary movements can also cause arginine succinic acid disease. It is not uncommon for the patients to suffer from cold or flu symptoms, which, however, persist and do not go away.

The patients are also susceptible to minor illnesses and infections and suffer from a weakened immune system. A doctor should also be consulted if you have high blood pressure. Treatment is usually possible so that the symptoms can be limited in the long term. In most cases, it will not reduce the patient’s life expectancy.

The disease has three forms, with the newborn form posing the most serious problem. The resulting complications show up in development delays and severe abnormalities in the growing child. It suffers from seizures, muscle weakness, vomiting, susceptibility to infections, headaches, enlarged liver, coma, circulatory failure and even death.

If parents recognize the signs of illness too late, the infant may succumb to the symptom. In addition to ADHD symptoms, toddlers often show vomiting, tremors and flaky hair and skin. In order to rule out serious complications, the child should be given medical care. Even with the late course variant, which can break out at any age, there is a risk of health consequences.

Liver cirrhosis and cognitive impairment can develop. The syndrome can be reliably proven through a special laboratory test. A long-term therapy plan based on the findings is then created. If the symptom is recognized early, long-term effects can be effectively avoided. Important features are a low-protein diet and medicinal preparations that specifically counteract the increase in ammonia.

The therapy of arginine succinic acid disease depends on the respective form of the disease. If the newborn form is present, it is important to stop the ammonia from multiplying. This also happens with other urea defects. Long-term treatment is an important part of the therapy.

In the course of this, the sick child receives medication that counteracts the increase in ammonia. These include phenyl butyrate and sodium benzoate, which are given intravenously. The body also receives glucose and lipids. A special diet is also important.

The uptake of proteins must be significantly reduced so that the ammonia cannot multiply. In order to meet the need for vital protein building blocks, the child is given special medication. The protein-rich foods that the child must avoid include milk and dairy products, meat, sausage, fish, legumes, eggs, nuts and semolina. On the other hand, fruit, vegetables, potatoes, rice, applesauce as well as low-protein bread and low-protein pasta are considered useful.

The prognosis of arginine succinic acid disease depends on the patient’s treatment. Without medical care, the newborn can become comatose within the first few days of life. The risk of death in these cases is very high. If medical treatment is given very late, the infant is threatened with a similar unfavorable prognosis. If the child survives, sequelae and lifelong impairments are possible.

The prospect of better health exists in newborns who are examined immediately after birth and treated immediately after diagnosis. If there are other illnesses, the state of health is classified as critical. The prognosis depends on the severity of the disease.

A comprehensive treatment plan is used without any further impairments. The congenital metabolic disease shows individual symptoms. These are treated individually with targeted medication or coordinated therapies. Arginine succinic acid disease is not cured because it is a disease of the metabolic system. However, it can be supported and influenced in a targeted manner.

The symptoms that arise are alleviated and, in some cases, completely treated. With a special diet and in compliance with various medically necessary factors, it is possible to achieve a significant improvement in the patient’s well-being. It enables him to live well with the disease and to a large extent without any additional impairments.

Prevention against arginine succinic acid disease is not possible. So it is a congenital hereditary disease.

Follow-up care for the rarely occurring arginine succinic acid disease is often omitted because those affected die from the metabolic disease at a young age due to a lack of ASL. The inherited urea cycle defect can manifest itself at any age, including newborns.

The most precarious characteristic of arginine succinic acid disease is a hyperammonemic coma. However, symptoms similar to psychosis can also occur beforehand . This complicates the diagnosis. In fact, an excess of ammonium in the blood is the cause. If arginine succinic acid disease has been diagnosed in an elderly patient, he or she will need treatment and intensive follow-up care for the rest of his life.

It is important to realize that there are also mild and unrecognized courses of arginine succinic acid disease. Therefore, the symptoms of ALS deficiency can vary greatly from person to person. If left untreated, however, the chances of those affected will have a long and symptom-free life. An acute excess of ammonium can occur in the organism at any time.

The doctors try to achieve relief through a lifelong, strictly protein-poor diet. At the same time, the amino acid L-arginine and sodium phenylbutrate or sodium benzoate are administered in short-term and long-term therapy to bind the excess ammonium.

At the end of all medical options, there is often only a liver transplant. Follow-up care is far more important here because rejection reactions and infections can occur.

The person affected makes the most important contribution to self-help by eating a diet specific to the disease. As part of both acute and long-term therapy, one of the most important measures is to reduce the protein intake so that less ammonia is formed. The patient must therefore deal with his or her eating habits and learn which foods are particularly rich in protein and which alternatives are tolerable for him.

Unlike many other diseases that are influenced by diet , vegan alternatives are not always preferable for arginine succinic acid disease. The body’s ammonia production is boosted by both animal and purely vegetable protein. Meat, sausage, eggs , egg noodles, milk, yoghurt , quark , cheese, legumes, seeds and nuts, especially peanuts , should generally be avoided .

Since soy and especially lupins have a high protein content, switching from cow’s milk products to products based on these two types of plants is not worthwhile. However, cow’s milk can be replaced by rice milk that is comparatively low in protein.

Those affected should have a nutrition plan put together by an ecotrophologist and, based on this, develop a menu for the entire next week. It is also worth investing in a good nutrition table that shows not only the calories but also the protein content of foods. 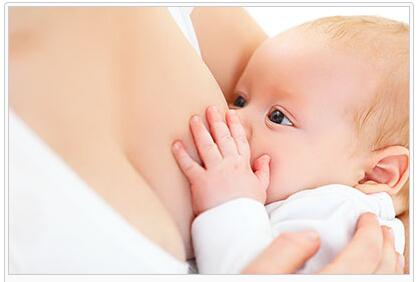