The state of Florida is located on the peninsula of the same name, and it is the most southeastern state of the United States. Another name for Florida is the Sunshine State. It is the hottest winter destination, the land of oranges, beaches and world-famous theme parks such as Disney World and Universal Studios.

The west coast of Florida, washed by the Gulf of Mexico, stretches for 1000 km. The east coast, 660 km long, is washed by the Atlantic Ocean. Each coast has its own specifics: the east is a paradise for surfers, the west is perfect for families, including those with small children. 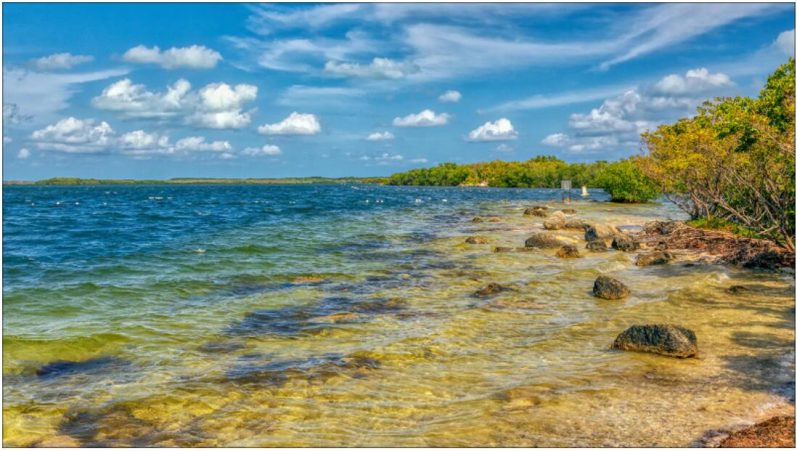 Florida is divided into four regions. The first is the Florida panhandle, where the state capital and Pensacola, the famous base of military pilots, are located. North Florida is dominated by cosmopolitan and vibrant Jacksonville; the college town of Gainesville and historic St. Augustine are also of interest here. Central Florida is the theme park capital of the world, home to Kennedy Space Center, Cyprus Gardens, Daytona International Speedway, and SeaWorld, in addition to those mentioned above. And finally, South Florida is Miami and Palm Beach, the Everglades swamps and the beautiful Florida Keys.

Most travelers arrive in Florida by plane or car. The main airports are in Fort Lauderdale-Hollywood, Miami, Orlando and Tampa. And the main operator for long-distance bus services is Greyhound.

And since Florida is almost completely surrounded by ocean, it is also a major cruise ship port. Fort Lauderdale is considered the largest transatlantic harbor in the United States.

The local climate is considered one of the warmest and most favorable in the country, so it is comfortable to relax in Florida at any time of the year. The average temperature in winter is +18…+20 °C.

Panama City Beach with numerous hotels and white sand offers beach activities for everyone: swimming pools, parasailing, water skiing and boating, sailing. In 1995, the beach grabbed the fifth place among all the beaches in the world, and in 2000 – the fourth among the beaches of America.

Daytona Beach, on the east coast of central Florida, is best known for hosting motorsport events, including The Great American Race.

West Palm Beach is 27 km of the Atlantic coast with white sand.

Entertainment and attractions in Florida

Also of interest is the Space Exposition at the Center. Kennedy, Gatorland in Orlando, the Salvador Dali Museum in the center of St. Petersburg (considered the largest collection of Dali’s works outside Europe), the Sunshine Skyway Bridge – the longest cable-stayed bridge in the world, Seminole and Miccosukee Indian reservations.

On the island of Key Largo (Key Largo), which is a 90-minute drive from Miami in the Florida Keys (Florida Keys), is the first underwater park in the United States – John Pennekamp Coral Reef State Park. In December 2010, he celebrates his 50th birthday. Here you can see a 3-meter bronze sculpture of Christ weighing 1.8 tons, at a depth of 6 meters under water (a copy of the statue of the same name, which is located in the Mediterranean Sea near Italian Genoa).

“Species” railway track Florida National Scenic Trail stretches through the entire territory of Florida. The most interesting route is around Lake Okeechobee.